August's #PuentesDeAmor in Brixton against US Blockade and Humanitarian Intervention 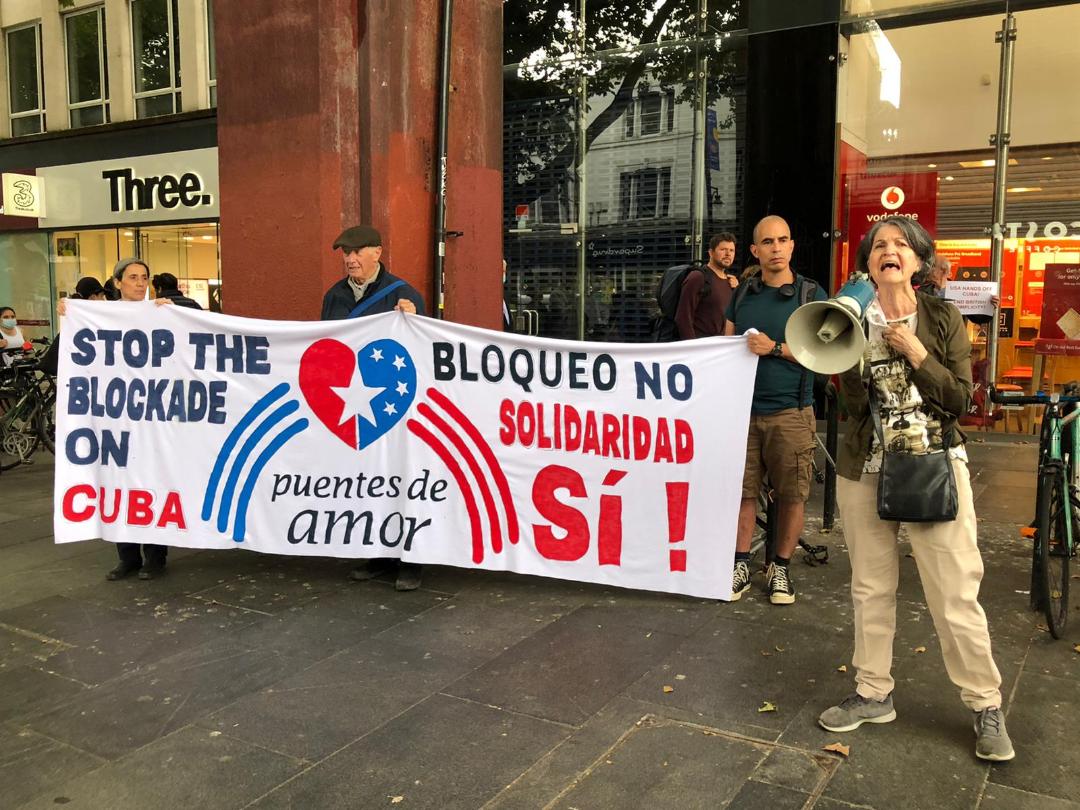 Today we are gathering here to give to our sisters and brothers of Brixton the news that are not in our TV news or national newspapers for you to know about Cuba and how the new administration of United States of America, the more powerful country in the world, keeps the 60 years old Blockade on our people, the most coercive and unilateral policy aiming to break the soul of the country by hunger and pain.

Last month we explained how the USA using their tentacles all over the world orchestrated a campaign through powerful media that Cuba needed humanitarian assistance due to the failure of the country to deal with the pandemic. Even they propagate the virulent news of the uprising of the people of Cuba against the their government.

The President Biden who falsely promised to the electoral people of the USA to go back to the Obama foreign policy on Cuba, called to their allies to support his willingness to help Cuba with vaccines using international organizations.

To such an offence to the people of Cuba, workers of health, and science and concerned citizens wrote an open letter to the President [Open letter by Cuban scientists to Biden on Covid-19 vaccines] on 10th of August. The letter focussed on why his three assumptions were wrong:

Briefly in this open letter written by doctors, scientists and concerned citizens of Cuba and the world they explained that:

UNICEF and WHO have recognised that the Cuban universal public health system has covered the childhood vaccination rate over 99%. The national immunisation program created in 1962 covers the whole country. Since 1999 the Cuban populations has been protected from 19 infectious and potentially fatal diseases. Cuba manufactured 8 of those vaccines. In the case of measles, Cuba has not had a single case of measles while, according to CDC, 1,282 cases in children were registered in the U.S.A, where only 74% of children are vaccinated for this disease.

Cuba developed in1989 the first vaccine in the world against meningitis B reducing the death of 14.4/100,000 population before, to values of 0.1/100,000 population, eliminating the illness as a public health problem for the country. Cuban vaccine experts have worked in partnership with UNICEF and WHO to assisting the global effort to eliminate polio and Cuban facilities have been used to help the vaccine production for the ‘meningitis belt’ in sub-Saharan Africa.

Cuba is in much less critical situation than the majority of countries in the Western hemisphere, including the USA, however President Biden single out Cuba as a single failure state and no mention to their own unilateral coercive sanctions tighten by Trump reduces the cash available to buy food, medical supplies, raw material to produce medicines, and delays in the arrival of materials to the country.

Biden call to supply US vaccines to Cuba ignores that Cuba is the only country in the Latin America that has developed 5 vaccines against the covid-19. Cuba started the rollout of the vaccines Soberana 02 y Abdala and by the date of Biden’s call more that 30% of the population was fully vaccinated.

Biden ignores that the USA has 1,964 deaths of covid-19 per million population much more than Cuba with 448 death/ million population, value that increased almost 4 times that the last year, due to the new more aggressive variant [https://www.worldometers.info/coronavirus/]

Biden ignores that Cuba has administered 110.3 dosis of covid vaccine per 100 people just a little bit more that the USA with 108.16 doses/ 100 people.  COVID-19 vaccination rates by country | Statista

The people know what is the meaning of Humanitarian Intervention in our own community of countries of the Caribbean and very sadly Haiti is our neighbour country victim of such US humanitarian aids. Today Haiti has the lowest number of people vaccinates with 0.31/100 people.

TODAY WE ALL SAY 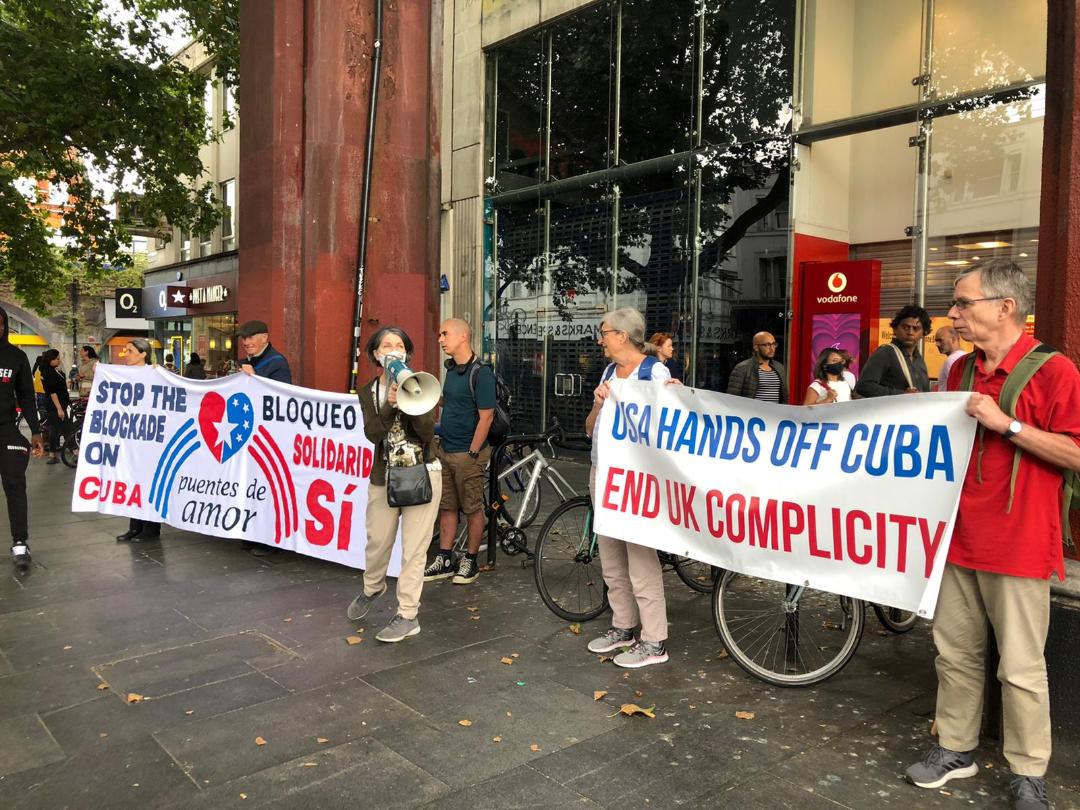 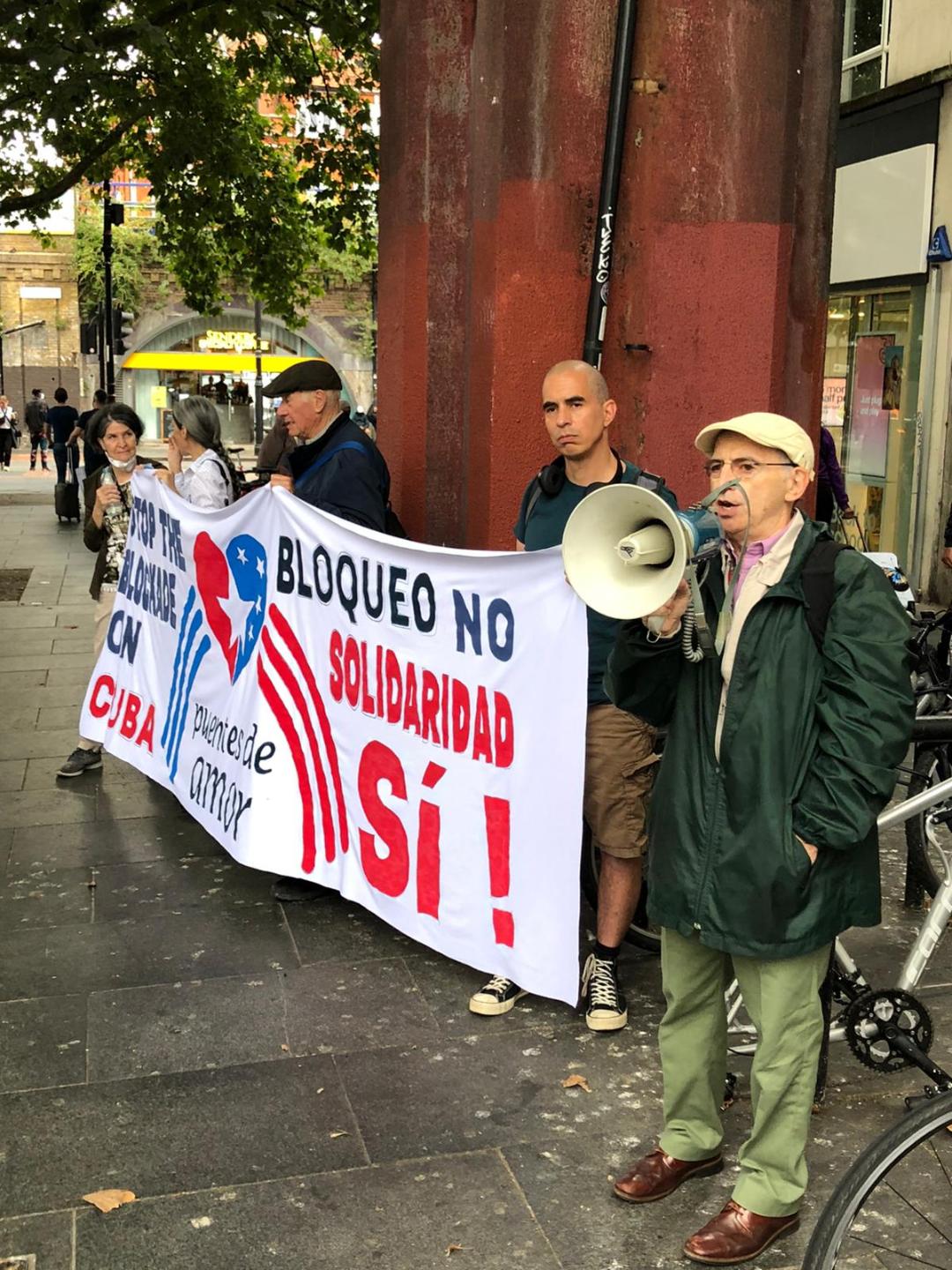