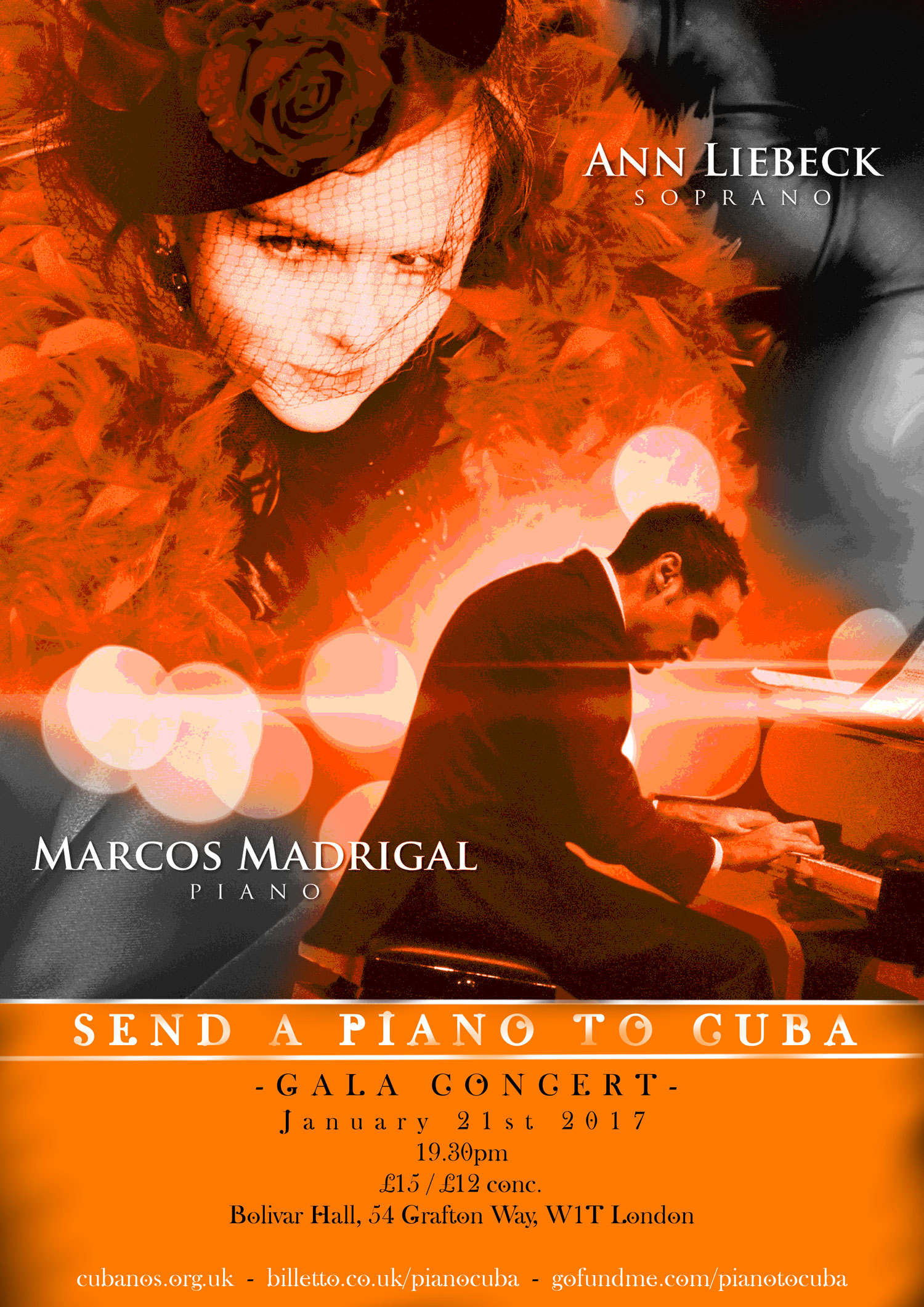 This is the third benefit concert to raise money towards a project started by Eralys Fernandez to buy a concert piano in London and send it to the Conservatorio Amadeo Roldán music school in Havana.

'The high point of the evening was Ann Liebeck' - Vienna Kurier

Both performers have international careers in Europe, USA and South America. Liebeck has sung Tosca, Salome, Rusalka, Violetta and many roles in Mozart's operas all over Europe. She regularly gives recitals in major concert halls in the UK especially South American music and tango.

Marcos Madrigal recently released his solo piano CD recording CUBA Piano Works of Lecuona—available on Amazon—which has won a major prize in Paris. Liebeck and Madrigal have performed this programme together in Rome, Vienna, Oxford, National Concert Hall Dublin and at London's SouthBank Centre, Purcell Room at QEH. Liebeck has been performing tango in her stage show Violetta's Last Tango for the past two years in major London venues and released the CD of the show produced by Tango Siempre's Julian Rowlands in April 2016. Ann was also invited to lead opera workshops at the prestigious Institute Superior de Artes in Havana and Holguin in May 2016.