Bueno Fe began in 1999 - the interview below from Havana Cultura is old, but we like it.

Israel Rojas is quick to dismiss any suggestion of incongruity between his legal background and his career as a socially conscious singer-songwriter: “My Law degree has given me with a sense of justice and balance in my work as a creator. When I tackle a subject, I’m clear on the fact that, as angry as I might be, it shouldn’t be wrath that pushes me forward.  Even if I write something in the spur of the moment, I think about it later on, calmly, analytically, in order to share a final product that is as accomplished as possible from an ethical point of view.”

The son of a schoolteacher and a union worker, Israel evokes a humble albeit cosmopolitan Caribbean upbringing in Cuba’s easternmost province of Guantánamo among classmates whose grandparents hailed from Jamaica, Haiti or the Bahamas. “In that area, there’s a lot of Changi, Son, Afro-Haitian dance,” recalls Israel. The broadcasts from the nearby US military base also exposed him to North American music culture early in life. “These influences definitely had an impact on me; they put certain sonorities in my head and crystallized the way I dream music.” 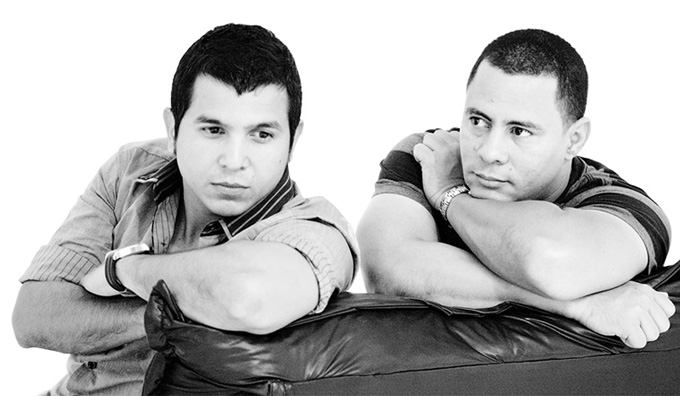 Buena Fe saw the light in 1999 when Israel joined forced with fellow guantanamero Yoel Martínez, partly to compensate his own lack of formal musical training. “My role is to think about the songs; to give shape to the ideas in my head,” he explains. “Yoel puts order into all of this. It’s a process of intuition and negotiation, and the song is more important than the ego.”

Israel readily positions Buena Fe in the lineage of the Cuban Trova and Nueva Trova movements that conjure the likes of Silvio Rodríguez, Pablo Milanés, Frank Delgado or, more recently, Carlos Varela or Polito Ibañez. “We’re trying to put ideas into circulation,” he explains. “We’ve spoken about sports, society, politics, love, generational conflict, public morality, ethics—every song is a short thesis on how we see society.” Although Buena Fe’s sound is eclectic and experimental, “poetry is the least common denominator”.

In 15 years, the duo has released eight albums and performed in several Latin American countries as well as the United States, Spain, France, and South Korea. Their latest work, Dial, is a tribute to radio: “The rise of new technologies has led some to consider radio as a minor outlet, but I think it’s important, dreamy. Just like literature—it has that magic.”

Fans of Buena Fe around the world need not fret as Israel does not envisage major turnarounds: “If it’s not broken, I don’t fix it.” His main ambition for the future is to reach a wider audience, particularly in the Spanish-speaking world. “And I would like to live in a country that faces less economic difficulties and is more open to the world, but where neighbors continue to greet each other; where the school year begins on September 5th; and where you can go to the hospital if you get sick and it’s not an issue.”